Tonight’s recipient of the Fellini Award is a great actor who was born in Puglia, but has continuously been an international personality and world citizen:

He is a talented performer who right from the start has been able to put himself to the test by accepting complex roles requiring a considerable commitment yet distinctly and consciously eluding various typecasting choices that are often imposed on ‘handsome’ characters in comedies.

We first met him as a very young artist who was also active in television and theatre, and yet today, nearly twenty years into his career, he is considered a leading Italian and European actor. Over the course of time, from film to film, Scamarcio has convinced everyone of his multifaceted talent coupled with his great artistic maturity—demonstrated in the sixty films he has starred in thus far. His films have been directed by: Marco Tullio Giordana, Mario Martone, Michele Placido, Giovanni Veronesi, Daniele Luchetti, Abel Ferrara, Sergio Rubini, Costa-Gavras, Ferzan Özpetek, Woody Allen, Paul Haggis, Pupi Avati, Paolo and Vittorio Taviani, Sergio Castellitto, John Wells, Roberto Faenza, Asif Kapadia, Paolo Sorrentino and Nanni Moretti, among many others.

Riccardo has often faced complex professional choices, also reflected in his career as a producer of some of the most critically acclaimed Italian films in recent years such as Miele, Valeria Golino’s directorial debut; Lucio Gaudino’s Per amor vostro; Stefano Mordini’s Pericle and Giuseppe Piccioni’s beautiful L’ombra del giorno, in which he is also the extraordinary protagonist alongside his partner, Benedetta Porcaroli, who won the Best Actress award at Bif&st 2020.

The Federico Fellini Platinum Award for Cinematic Excellence is awarded to Riccardo Scamarcio not only for his talent and commitment as an actor, profoundly rooted in our cultural identity, but also for his work as a producer, thus actively contributing to the birth of a new generation of Italian and international filmmakers. 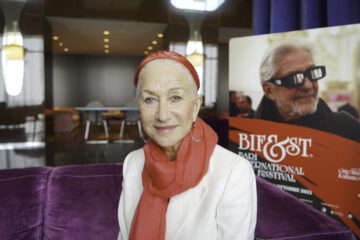 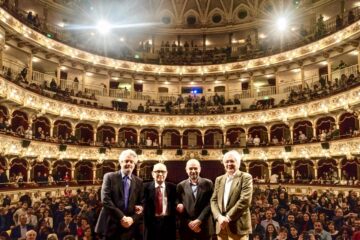